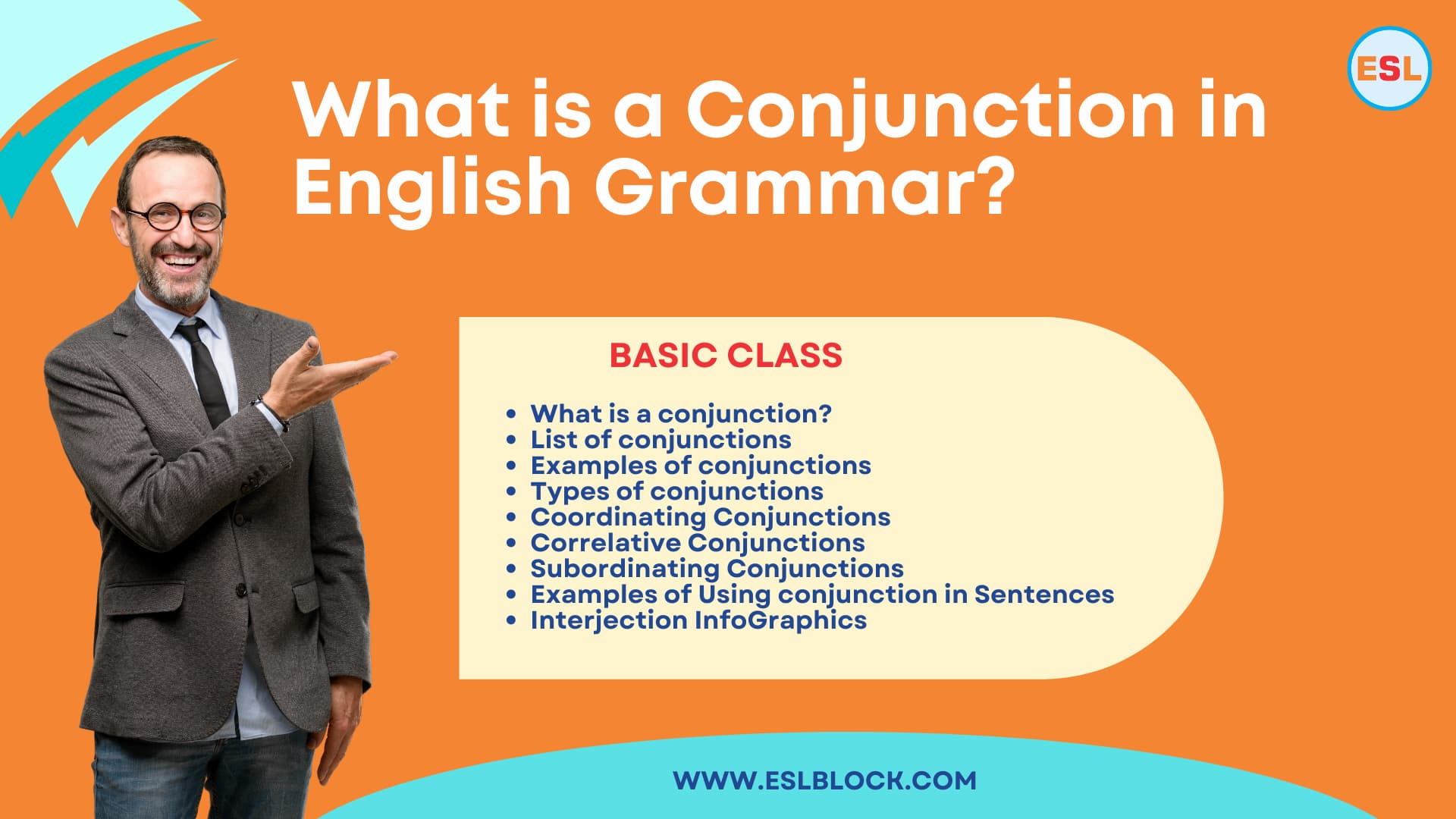 What is a Conjunction in English Grammar? If you’re oriented with English spoken language or the general language, you’ve probably heard of Conjunction. A conjunction is a word that is used to connect thoughts and ideas in a sentence. What are conjunctions? How do you use them in English writing? This article will discuss the meaning of conjunctions, the appropriate times to use them, and practice sentences of conjunctions.

As a guide, the below definitions and tables provide the fundamental use of the conjunction. Read on to get a more in-depth explanation of the rules and examples of when and how to use a conjunction.

Learn to use conjunction with example sentences and ESLBLOCK worksheets for printing.

What is a Conjunction?

The conjunction is a word used to connect thoughts and ideas within a sentence. They can be thought of as being the glue of the expression. Without the use of the conjunction, you’d be unable to convey the thoughts of your mind in a way that flows. Your sentences will be made to be concise and straightforward.

Conjunction is a radically different part of speech from a verb, noun, pronoun, adjective, and the rest.

The following list shows some examples of some common conjunction;

There are three main types of Conjunction.

With this set of activities and explanations, you will quickly determine whether you are making the most effective use of the conjunction and how they could be used to enhance English writings.

Since the conjunction are the main part of English Grammar, the importance of developing English learning skills cannot be undervalued without Interjection.

You can read the above sample sentences about conjunction to improve your understanding of English grammar.

Encourage your children to learn these basic but commonly used conjunction, by following the simple example sentences given above. Then, save this list of conjunction sentences, handy for your kids in future.

With ESLBLOCK, you will not face problems studying new ideas. If you are in doubt, the qualities of blog post about What is a conjunction, reach us through our blog’s comment section. Keep checking back! We’ll attempt to give you feedback as early as possible. Thank you!