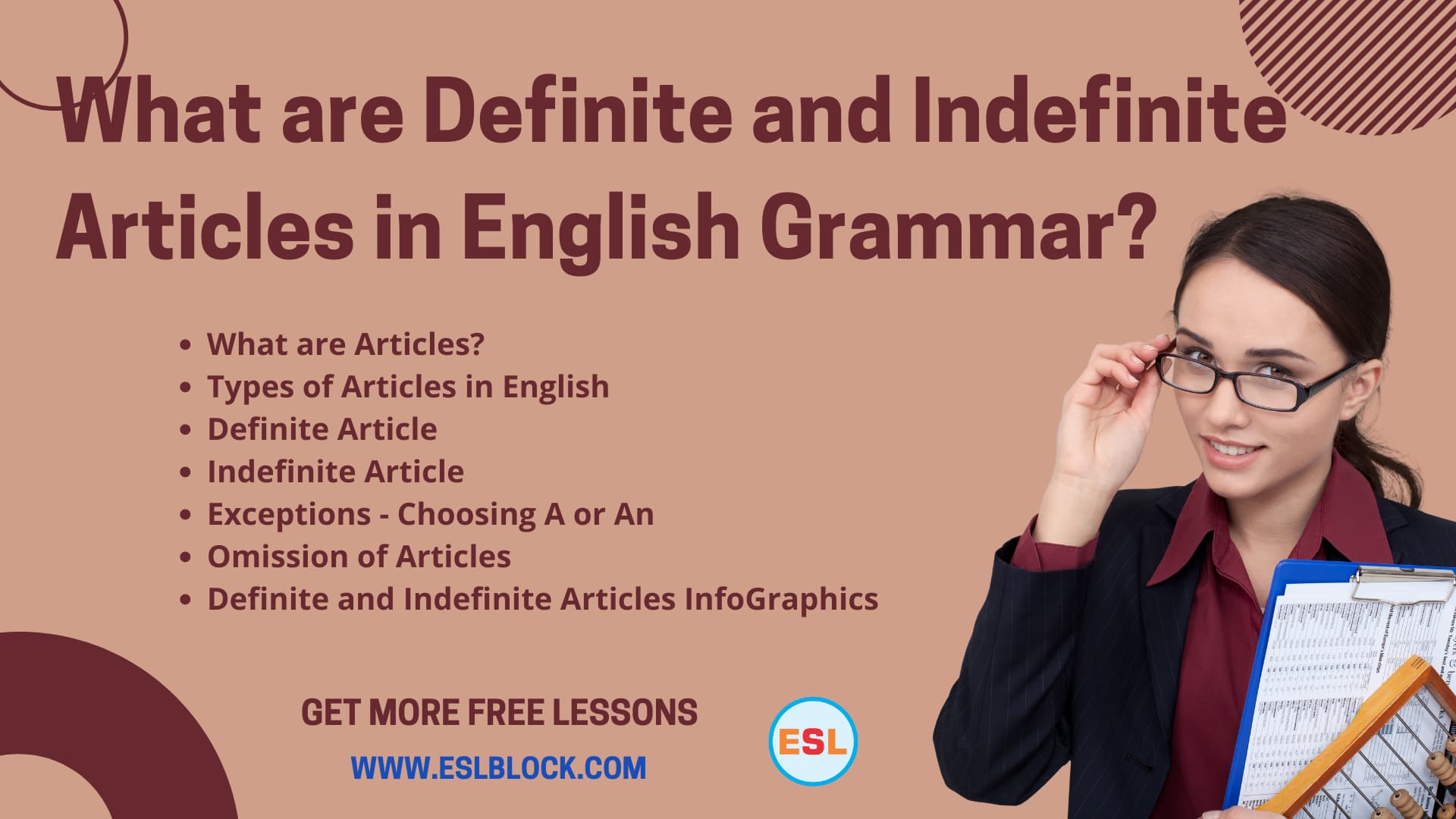 After the long day, the cup of tea tasted good.

Using the article, we’ve demonstrated that it was a specific day that was long and one particular drink of tea that was good and delicious.

Using the article ‘a’ in this article, we’ve made a general statement that suggests that every cup of tea can be delicious after a long day.

There are two types of English articles in English Grammar, definitive and indefinite articles. Let’s look at them in greater depth.

In English, there are three articles total a, an, and the. Articles are often used before nouns or equivalents of nouns and are a form of an adjective.

The definitive article (the) is used before the word to indicate that the name of the noun is known to the user.

An indefinite word (a, an) is used to describe a general adjective or in cases where its identity isn’t established. There are some instances where a noun has no article.

As a guide, the below definitions and tables provide the fundamental use of the articles. Read on to get a more in-depth explanation of the rules and examples of when and how to use these rules.

Learn to use Definite and Indefinite Articles with example sentences and ESLBLOCK worksheets for printing.

Types of Articles in English

Many languages do not use the articles (“a,” “an,” and “the”), and even if they exist, however, how they are used could be different from English. Many multilingual writers discover that using articles is the hardest concept for writers to master.

While there are rules concerning the usage of article words to assist, there are some exceptions. So, learning how to use articles correctly takes a lot of time. To become proficient with the use of articles, it is essential to spend a lot of time reading, observing how articles are used in texts published, and making notes that you can incorporate into your writing.

There are total of three articles (a, an, the) that are classified into two groups.

The article “the” can be described as a definite article. It is used to indicate particular references and is used with singular as well as plural nouns and countable and uncountable words. Here are some examples of the definite article (the) used in sentences:

Exceptions – Choosing A or An

For example, the first alphabet in a word like honor is a consonant but not pronounced. Despite its spelling, honor starts with vowel sounds. Therefore, we use an. Take a look at the sentence below for an example of this idea.

Some types of nouns that don’t take an article are:

Here are some example sentences about the omission of articles.

With this set of activities and explanations, you will quickly determine whether you are making the most effective use of the Definite and Indefinite Articles and how they could be used to enhance English writings.

Since the articles are the main part of English Grammar, the importance of developing English learning skills cannot be undervalued without Definite and Indefinite Articles.

You can read the above sample sentences about Definite and Indefinite Articles to improve your understanding of English grammar.

With ESLBLOCK, you will not face problems studying new ideas. If you are in doubt, the qualities of blog post about Definite and Indefinite Articles, reach us through our blog’s comment section. Keep checking back! We’ll attempt to give you feedback as early as possible. Thank you!