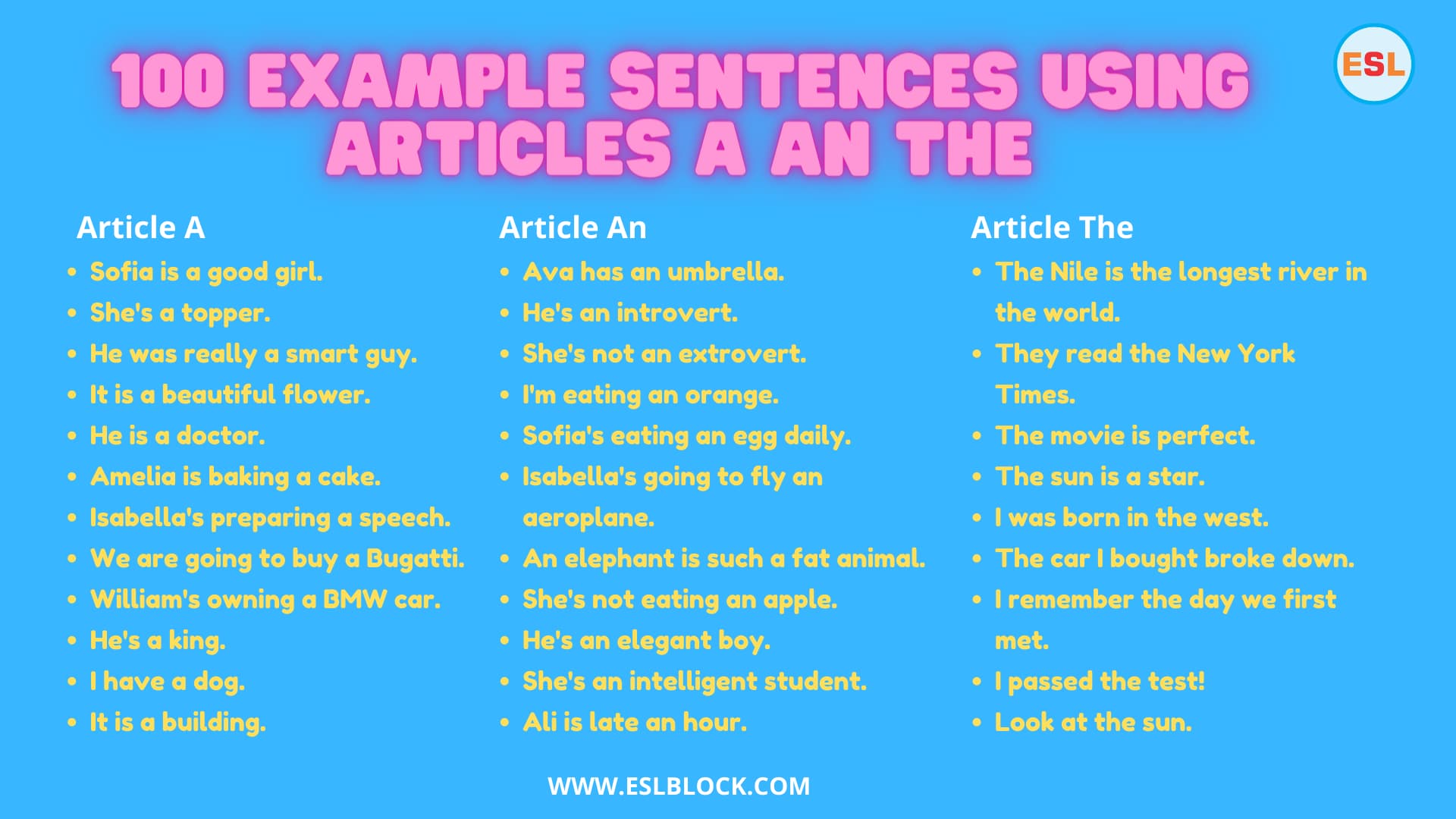 In this article, I am going to explain 100 Example Sentences Using Articles A An The. Articles are the words that define a noun as either specific or non-specific. An article is an adjective. Like adjectives, articles modify nouns.

Also read: What are Definite and Indefinite Articles in English Grammar?

The article ‘A‘ is used when the word begins with a consonant. A sound other than a, e, i, o, u is called a consonant sound. Here are example sentences using article A.

Article An is used when a word begins with a vowel sound (a, e, i, o, u). Here are example sentences using article An.

Article ‘The’ is used before a proper noun, abstract noun, and material noun. Here are example sentences using article The.

With this set of Article Example Sentences, you will quickly determine whether you are making the most effective use of the Articles and how they could be used to enhance English writing skills.

Since the articles are the main part of English Grammar, the importance of developing English learning skills cannot be undervalued without Article Example Sentences.

You can read the above sample sentences about Definite and Indefinite Articles to improve your understanding of English grammar.

With ESLBLOCK, you will not face problems studying new ideas. If you are in doubt, about the qualities of blog posts about Article Example Sentences, reach us through our blog’s comment section. Keep checking back! We’ll attempt to give you feedback as early as possible. Thank you!