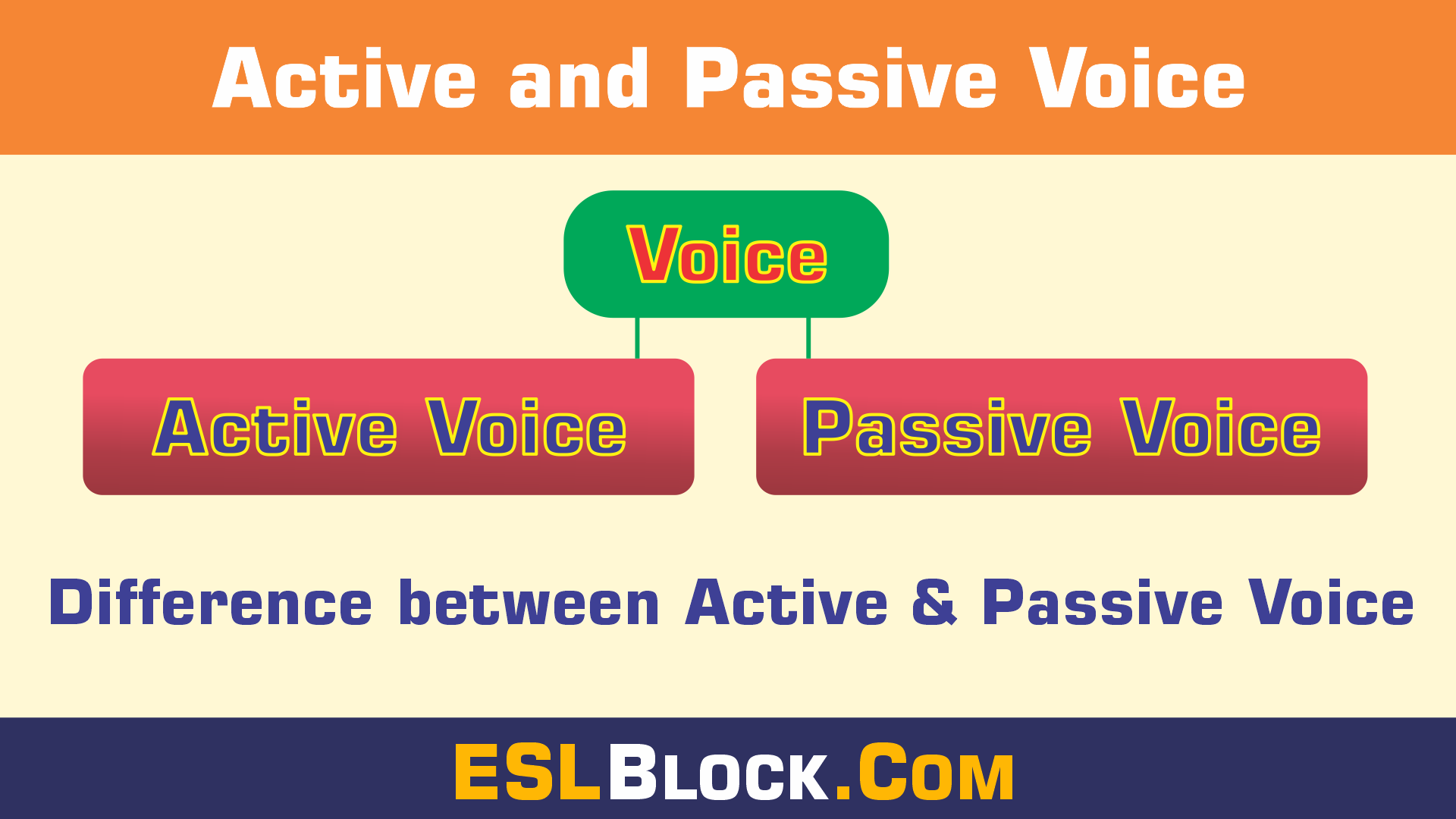 It might sound odd to realize that sentences written in English have a voice, but it’s even strange to realize there are arguments over which of the two options – active and passive voice which one is more appropriate in writing. This article outlines the meaning of each voice and provides example sentences of how both can be used properly.

What is the Active Voice?

In the active voice, the subject of the sentence is the one doing the action expressed by the verb. Writers typically convey their message using an active voice. Active voice uses simple and straightforward speech. The active voice has an authoritative and clear tone.

What is the Passive Voice?

In the passive voice, subject is the person or thing acted on or affected by the action of verb. In English, like in other languages, it’s possible to switch the sense of a written sentence from the active voice to the passive voice. This change is in relation to what or who is the subject of a sentence.

Difference Between Active and Passive Voice

The following points are essential in the sense of the difference between active voice and passive voice.

When to use active and passive voice?

Sentences should be written using the active voice at all times. This is because this can help make your writing less rambling. However, as is evident in the examples, the passive voice typically calls for more words. Therefore, it can seem ambiguous and sloppy when written poorly, especially when the topic to be addressed is implied and not explicitly mentioned.

But, this doesn’t necessarily mean that the passive voice is not to be used at any time. There are many advantages. In particular, many writers employ it as a tool for writing fiction. Particularly those who write mysteries are avid admirers of the passive voice because it lets them hide the secrets of their stories.

The lack of attention to the actor has resulted in the passive voice being the preferred option for academic or scientific writing. Although there has been an evolution in permitting scientists to talk about their decisions in the tests they’ve conducted, the scientific field remains averse to using the passive voice to keep the tone of impartiality. This is because it does not place a specific emphasis on the individual’s perspective but instead focuses on the steps taken and the results.

The passive and active voices are everywhere – you only need to look for them! Make sure to pay attention when listening to the radio or watching television. First, try to discern the differences between the passive and active voice. Then try to figure out the reason behind each one. It is also possible to switch sentences between different voices to see what impact it has!

If you really enjoyed article “Active and Passive Voice“, then I will be very thankful if you’d help it spread by emailing it to your friends, or sharing it on Twitter, Instagram, Pinterest or Facebook. Thank you!