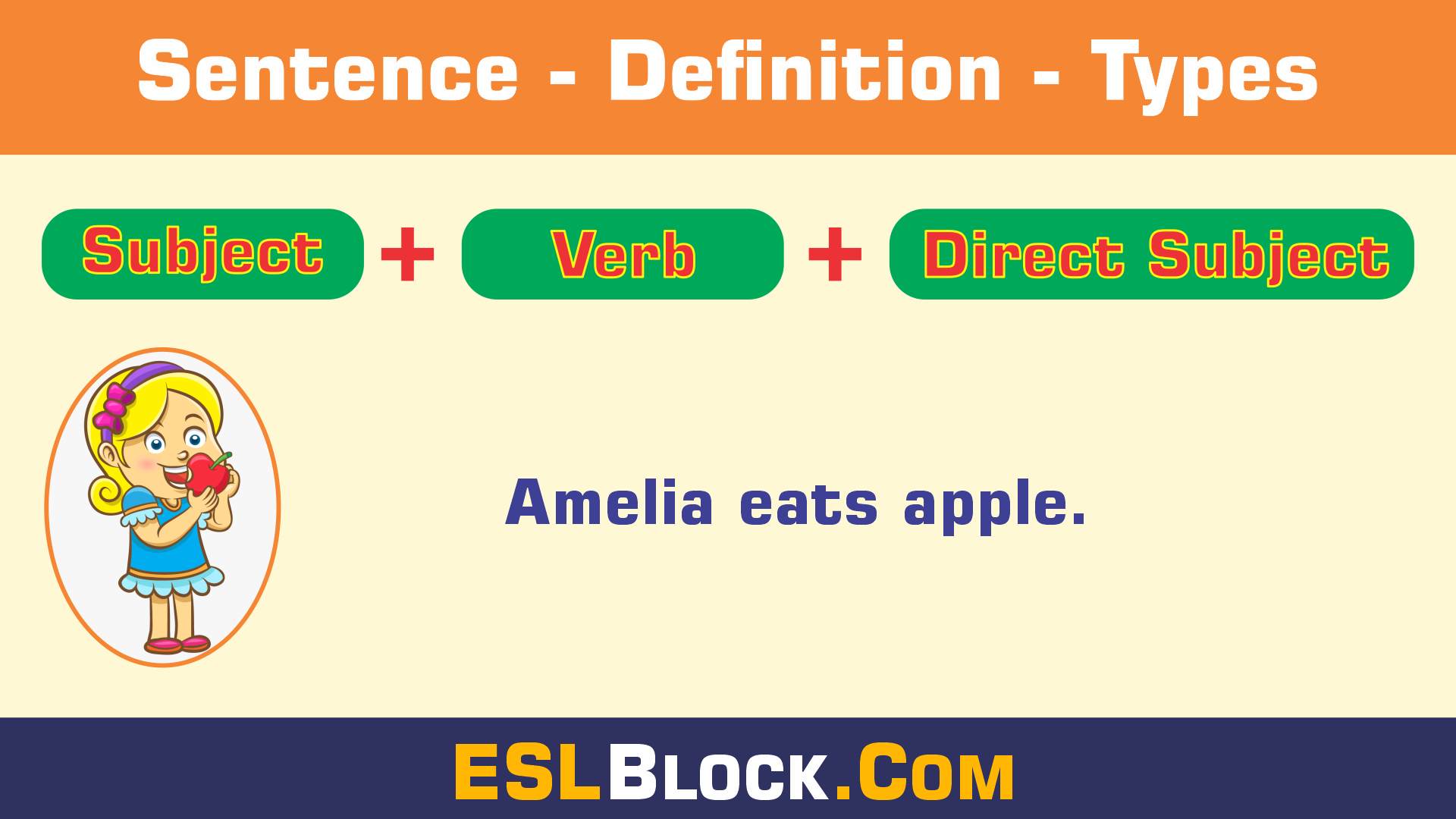 A sentence is the most important unit in any language. In English, it starts with capital letters and is ended with a full stop, a question mark and an exclamation mark.

A sentence is an individual phrase, clause, or a set of words or clauses that convey a whole concept. Sentences are essential in writing as they assist you to convey your ideas. Therefore, it is essential to create sentences that are precise and adhere to grammar rules.

Complete sentences generally include a verb. They can be used by themselves, be logical, and convey complete thoughts. This article will discuss the different types of sentences and structures that assist you in writing complete and correctly grammatically constructed sentences. Look closely.

What Is A Sentence?

A sentence is a set of words that is complete in itself, containing a subject and predicate, conveying a statement, question, exclamation, or command, and consisting of a main clause and sometimes one or more subordinate clauses.

For example: The happy cat.

This is a phrase and isn’t an example of sentence since it doesn’t have a verb. It does not state anything about the happy cat; hence the phrase does not give a complete idea or thought.

Sentences are of four types with respect to structure.

A sentence having single clause i.e. one verb is called simple sentence. Simple sentences usually have one thought or idea.

A compound sentence has a minimum of two independent clauses joined with a semicolon, comma, or conjunction.

An Independent clause has a subject and a verb that gives complete thought or idea.

Complex sentences are interesting components that make up our English language. If they are used appropriately, they can enrich our writing.

An independent clause can be used as a single sentence. It always has complete thought. The dependent clause is not standalone even if it contains both a subject and a verb.

Here are some declarative sentence examples:

Interrogative sentences ask the questions. They are looking for details and always end with “question marks.” This kind of sentence usually starts with who, what, where, when, why, how, do, did, has, have, will, shall, is, am, are.

Here are some Interrogative sentence examples:

Imperative sentences give a command, request or instruction. They end with a period (.) or exclamation mark (!).

Here are some Imperative sentence examples:

The sentences that express excitement or emotion are called exclamatory sentences. They end with exclamation mark (!).

Here are some Exclamatory sentence examples:

We now know the various important aspects of sentences. Because defining the full meaning of a sentence in only two words is not easy and time-consuming, it is best to keep in mind all the characteristics of the complete sentence. Knowing these traits will allow us to identify whether an expression is correct grammatically or not.

If you’re having any doubts about the qualities of a full sentence, you can leave a comment below, and we’ll attempt to give you feedback.

If you really enjoyed article “Types of Sentences“, then I will be very thankful if you’d help it spread by emailing it to your friends, or sharing it on Twitter, Instagram, Pinterest or Facebook. Thank you!