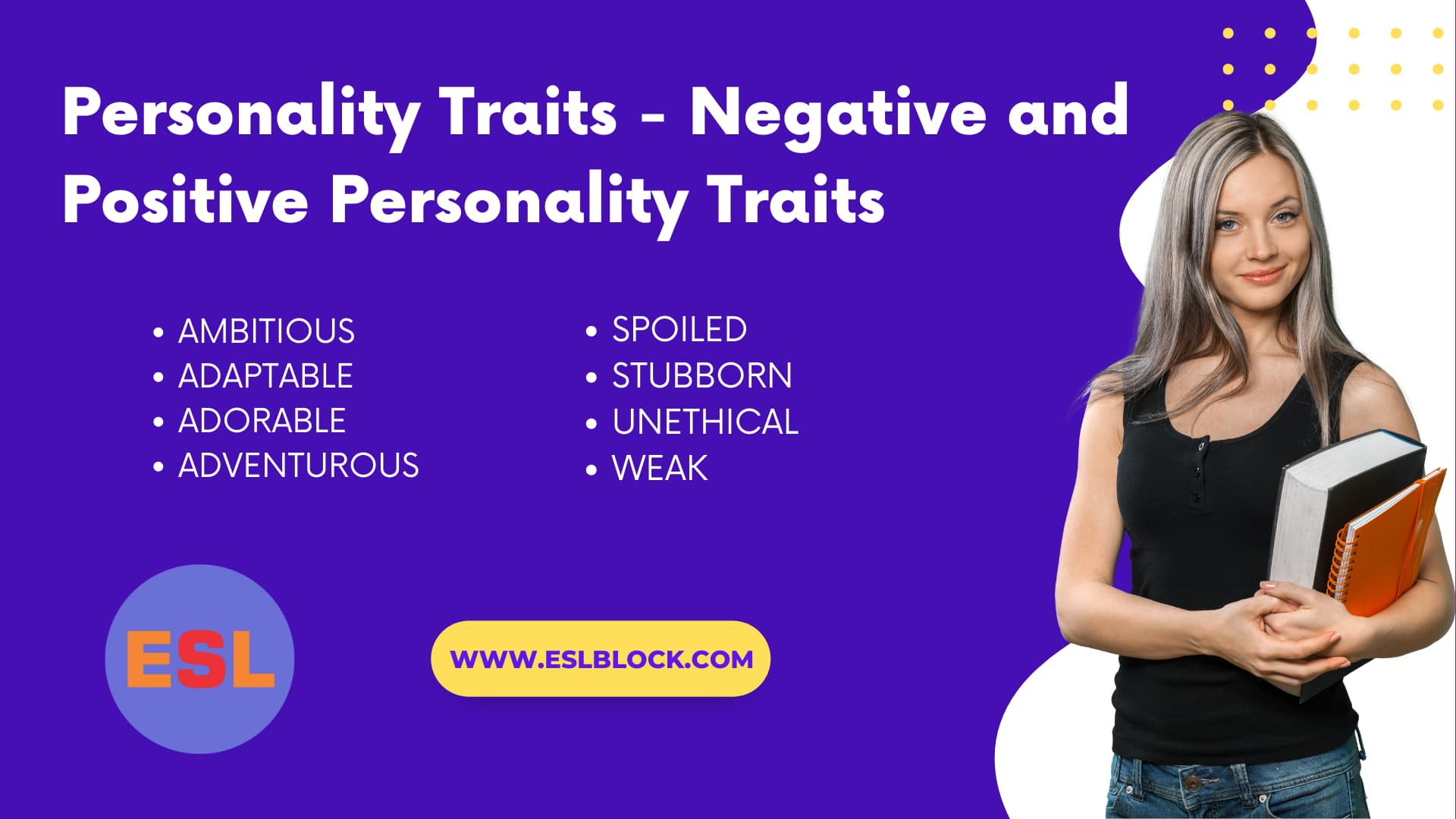 In this article, I am going to explain different adjectives we can use to describe the personality of a person and look at a variety of example sentences about personality traits.

If you recognize your grammar, you’re most likely already well aware of adjectives. Personality traits are adjectives describing a person.

There are a lot of words that can be used, some of which talk about positive attributes of a person and others that are more negative. I will take a look at each of these in a little more detail by examples with meanings.

Also check: Adjectives That Start With A

All of these words can be used within a sentence to talk about the positive and negative traits of a person. Let’s now look at some example sentences.

Also read: Adjectives That Start With B

Positive Personality Traits mean the definition of a person in a positive way. Like good qualities of the person. Let’s take a look at some examples of positive personality traits.

Negative Personality Traits mean the definition of a person in a negative way. Like bad qualities of the person. Let’s take a look at some examples of negative personality traits.

In order to successfully talk about yourself, another person, or indeed a fictional character, it’s important to be mindful of the different personality traits in English. These words can greatly help you in describing a person to someone. They’re also excellent for use in your written English, especially if you’re writing a fictional story and need to give your audience a detailed description of the type of person your character is.

Since the Adjective is the main part of English reading, the importance of developing vocabulary cannot be undervalued without Personality Traits.

You can read the above simple list of Personality Traits to improve your understanding of English grammar.

If you’re having any doubts about the qualities of Personality Traits, you can leave a comment below, and we’ll attempt to give you feedback as early as possible. Thank you!