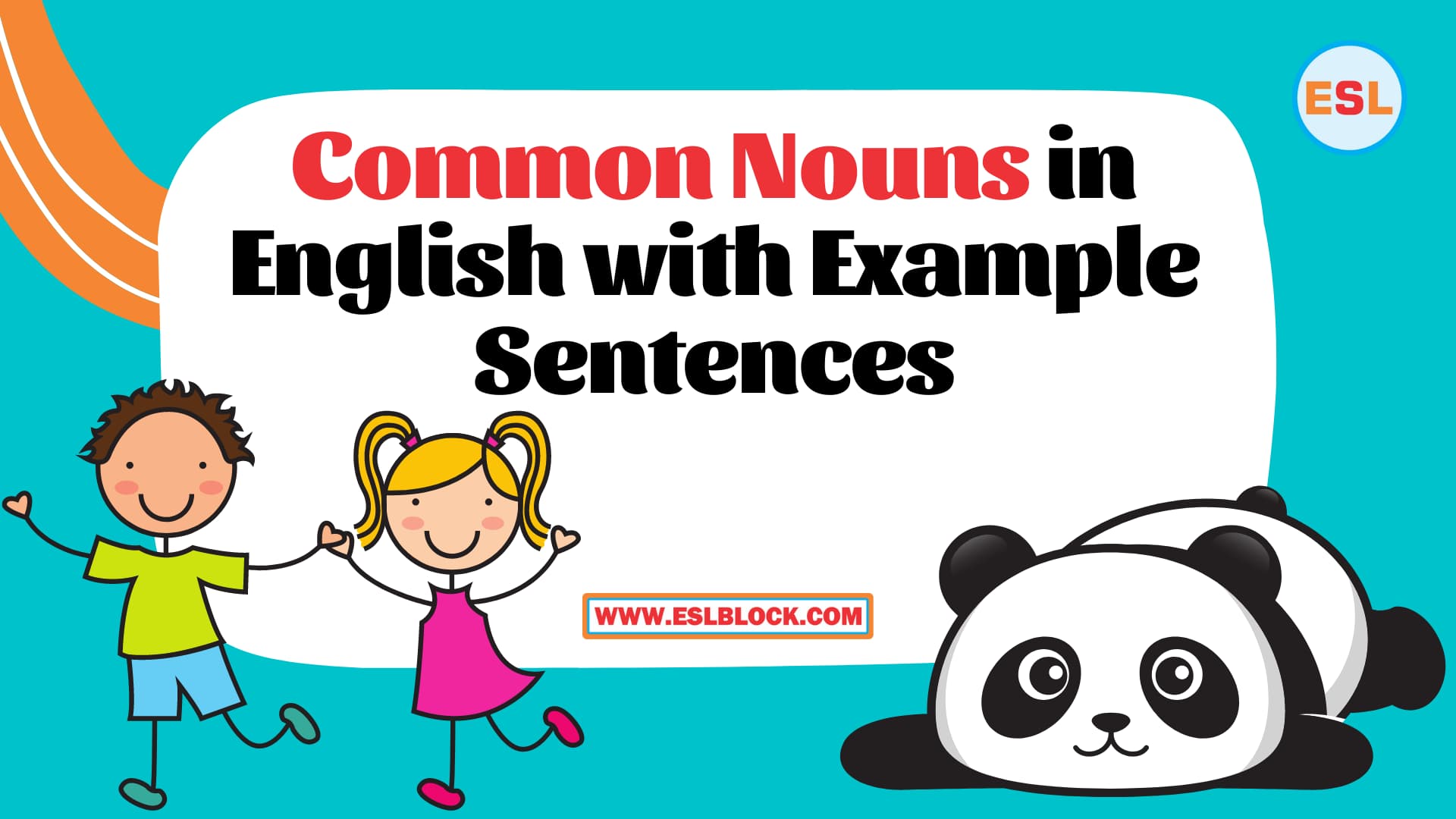 In this piece of writing, I am going to explain Common nouns in English with Example Sentences. A common noun is one of the eight types of noun. The other seven types of noun are Concrete Nouns, Abstract Nouns, Proper Nouns, Countable Nouns, Uncountable Nouns, Collective Nouns, and Compound Nouns.

Many common nouns are used throughout the English language, and learning as much as possible is vital to creating more precise and natural-sounding sentences.

This section will present an extensive list of common nouns often used in written and spoken English.

One of the easiest explanations for understanding the meaning of a noun is that it is a word used for the person, object, place, idea, event, quality, quantity, and substance. A noun is one of the nine parts of speech. The other eight are pronouns, interjections, verbs, adjectives, prepositions, articles, conjunctions, and adverbs.

You can find here an interesting article: Adjectives That Start With G

What are Common Nouns in English?

Common Nouns Definition: The common noun is the name of a regular thing, place, or person. Common nouns are not capitalized the first letter.

Also read: What is a Noun in English Grammar?

What is a common nouns list and how do you use them to improve your English writing and speaking? These are the questions you’ll get the answers to in this detailed article.

There are about 80000 to 150000 nouns that are part of the English language. They are divided into noun categories according to how each type of noun is used. There are about 1000 essential common nouns in English.

In the following example sentences, common nouns are highlighted in italics/Bold. While reading, think about whenever using different common nouns.

These exercises will help you understand the common nouns in sentences. To complete each sentence, choose the best answer.

With this set of common nouns, you will quickly determine whether you are making the most effective use of the nouns and how they could be used to enhance your English writing skills.

Since the nouns are the main part of English Grammar, the importance of developing English learning skills cannot be undervalued without common nouns.

You can read the above example sentences about common nouns to improve your understanding of English grammar.

With ESLBLOCK, you will not face problems studying new ideas. If you are in doubt, about the qualities of blog posts about common nouns, reach us through our blog’s comment section. Keep checking back! We’ll attempt to give you feedback as early as possible. Thank you!